VANCOUVER (via NEWS 1130) – June was another scorching month in the Vancouver real estate market. 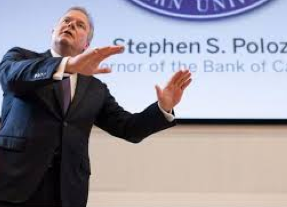 The Canadian Real Estate Association also says the average unadjusted price was up 15.8 per cent to $923,000.

Even on a month-over-month basis Vancouver home prices were substantially higher, gaining 3.6 per cent. That’s more than double the nationwide price increase.

And that means the Bank of Canada’s interest rate drop likely won’t have much of an impact here.

“Four housing, the impact on markets like Vancouver and Toronto, that are already experiencing very strong demand, might be relatively muted. But for other markets that have been more negatively affected by low energy prices, including some areas of northern BC, might see a bit of a boost,” says Brendon Ogmundson, an economist with the BC Real Estate Association.

“Vancouver has demand at a 10-year high and doesn’t really need any extra boost but we might see some marginal effect.”

Ogmundson says the news is good for the rest of the country.

“Vancouver doesn’t need a whole lot of extra stimulus. This sort of action by the Bank of Canada is really more to help places like Calgary that have seen a bit of a downturn given the decline in oil prices.”

The national average sale price rose 9.6 per cent on a year-over-year basis in June; but excluding Greater Vancouver and Greater Toronto, it increased by only 3.1 per cent.